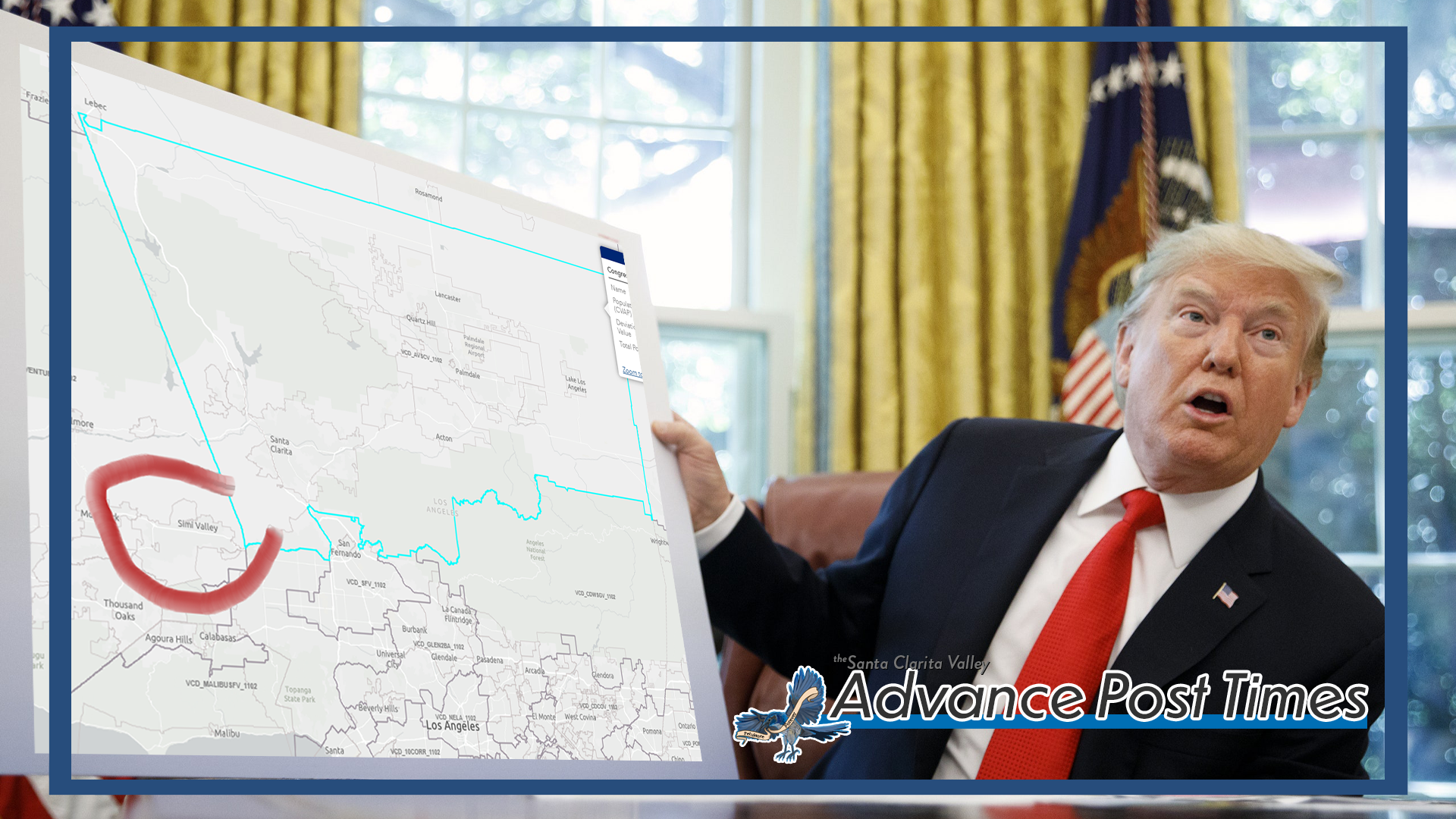 Santa Clarita – With a looming deadline for maps to be redrawn during California’s decennial redistricting process, Santa Clarita Valley Republicans have submitted their last-ditch effort to maintain power. The Trump-Approved map includes Simi Valley, a Republican stronghold. In a press conference announcing the proposed map, former President Trump said”Simi Valley, one of the great California valleys, you know I won very strongly in Simi Valley last election, despite all the fraud. But they say, who are they, I trust them, they say Simi Valley is the shining jewel of Los Angeles County, a Democrat-infested swamp where things are terrible. You have a terrible mayor, but Simi Valley in San . . . Bueno . . . Venturo county, you know they don’t talk much about Ventura county, probably because your favorite president won so bigly there, but it’s a fine place, Simi Valley has lots in common with Santos Claritato. You have hills, fires, it’s a shame about the fires your horrible Governor Gavin Newsom, I call him Gavy, he refuses to rake the forests and the hills and the brush to prevent the forest fires, like Smokey the Bear said. It’s a shame about Smokey the Bandit, Burt Reynolds, good friend of mine, probably would have voted for me in the stolen election. But Simi Valley, they like your Six Flags Magic Mikes, your hills have fires too, you’re basically the same city as Santo Chlamydia, might as well merge the two cities. You know you never hear about cities merging . . . ” [speech truncated for brevity]

The City of Santa Clarita, in a course reversal from just a few weeks ago, publicly supported the map that includes Simi Valley, despite the fact that the inclusion would run afoul of the requirements set forth by the California Constitution and the guidelines for the California Citizens Redistricting Commission. Districts must be drawn to include similar-sized populations, be geographically contiguous, be within established county lines, and have unique common interests. Simi Valley and Santa Clarita share none of those requirements.

Local Republicans are pushing to have Simi Valley included in a boldfaced attempt to retain power, as Simi Valley is a heavily Republican area while the current proposed maps lean slightly Democrat. The push for the gerrymandered district would all but assure the reelection of current Congresstraitor Mike Garcia.

Opponents to the proposed gerrymandered district are urged to contact the California Citizens Redistricting Commission via the website: https://www.wedrawthelinesca.org/contact