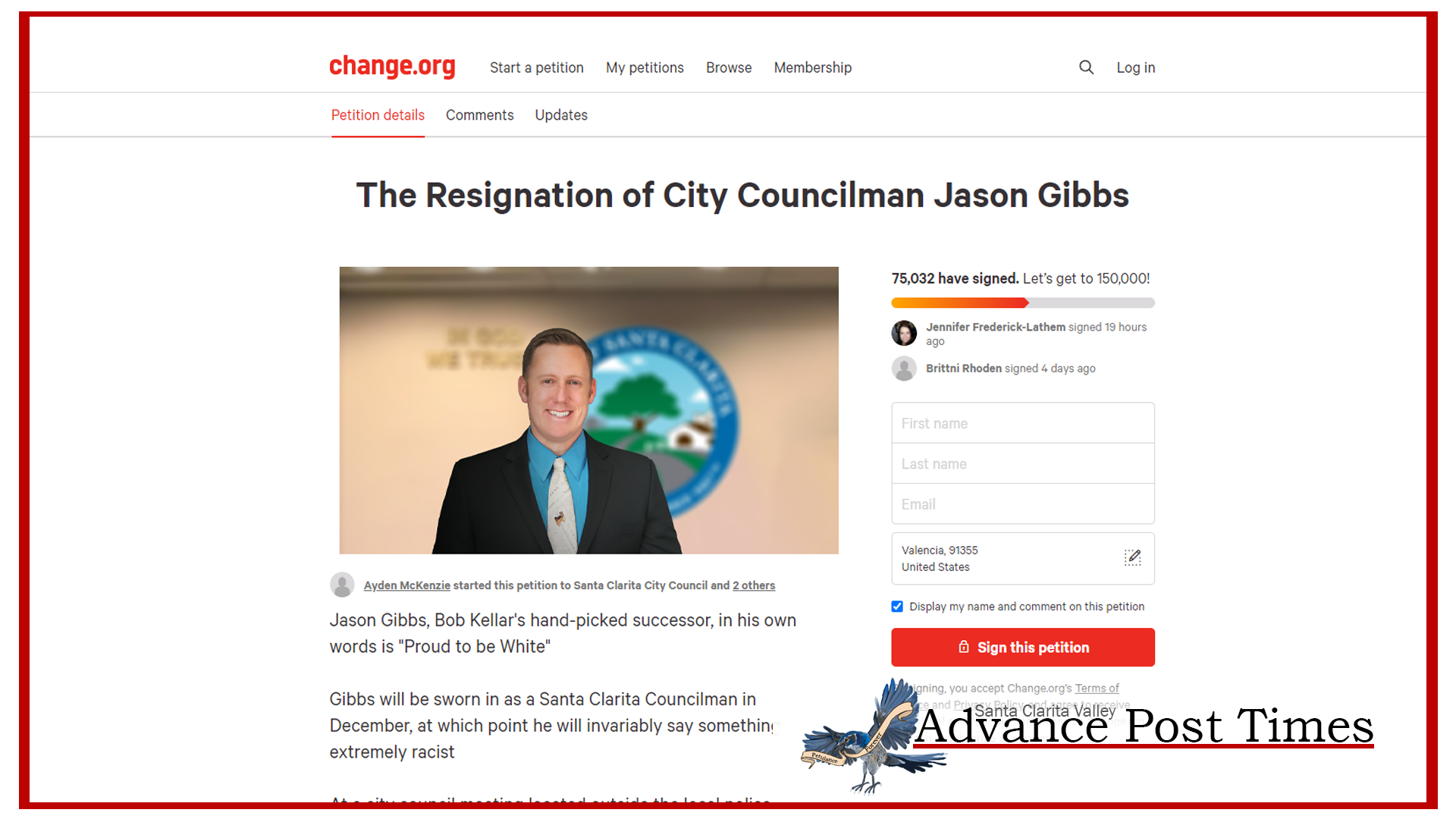 Santa Clarita – With less than a month before being sworn in, an online petition has been created calling for the resignation of Councilman-elect Jason Gibbs, for his inevitable racist comments. “When you’re chosen as a successor by ‘Proud Racist’ Bob Kellar, we just naturally assume you’ll say or do something extremely racist. I mean, he’s already said some incredibly insensitive things so it isn’t a stretch” said the creator of the petition, who wished to remain anonymous.

Gibbs narrowly won a seat on the city council, beating fellow candidate and future “sexiest man in Santa Clarita” award winner Kelvin Driscoll by roughly 3,000 votes. Gibbs said his first priority as a councilman was to ensure the National Guard is called any time “those people get uppity,” referring to Black Lives Matter protesters that have been demonstrating on the corner of Valencia and McBean Boulevards every Sunday. “I find it frustrating, you know, yes of course black lives matter, but no more so than other lives. Where are the White Lives Matter people? Where are the Blue Lives Matter people? Frankly, the whole thing is very racist” said Gibbs in his acceptance speech.