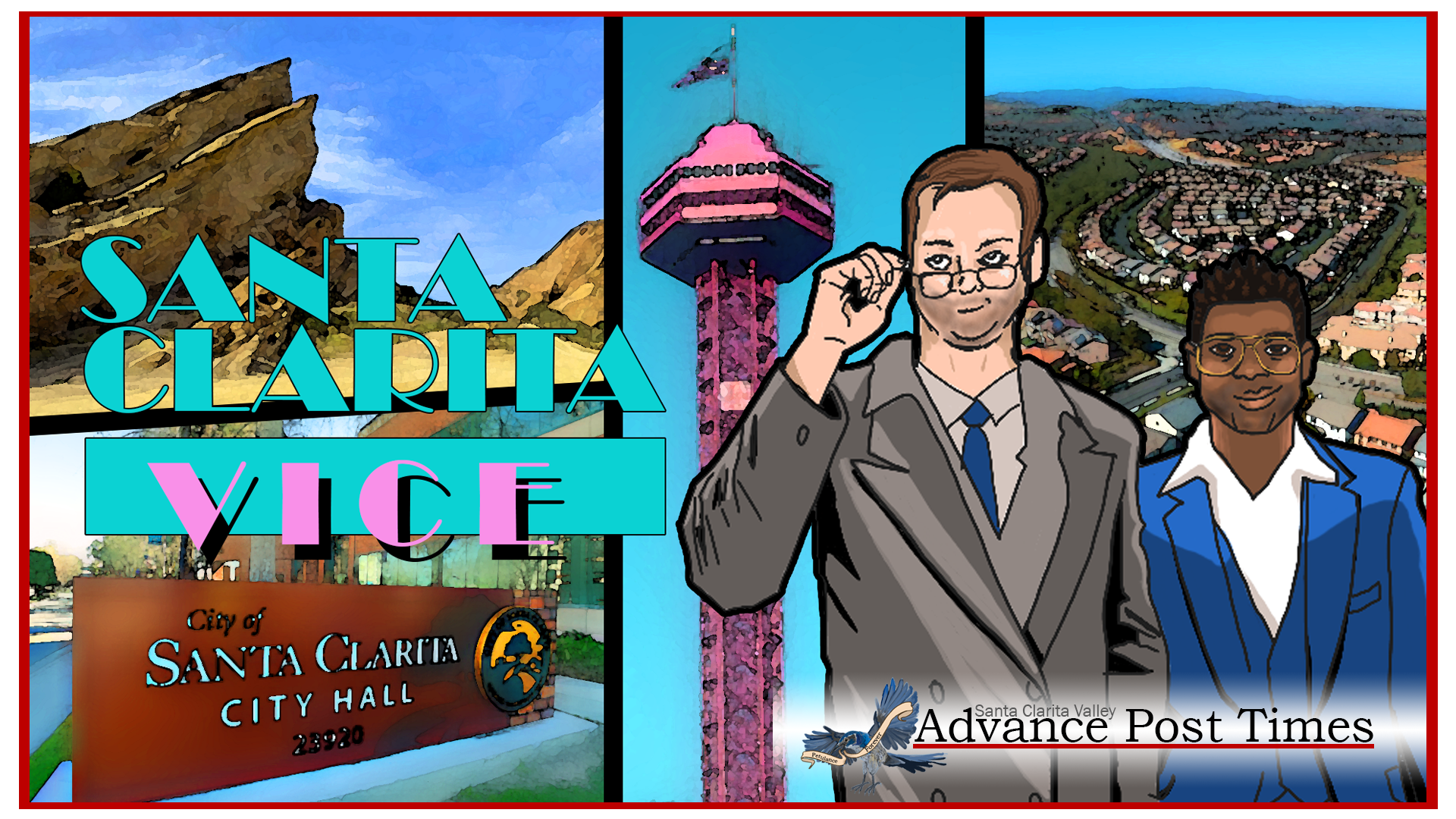 Santa Clarita – Two city council candidates, Kelvin Driscoll and Chris Werthe, announced their new animated series “Santa Clarita Vice” today. The show will follow the crime-fighting duo throughout the city as they answer local 911 calls, such as “the store manager said I couldn’t enter the store without a mask,” and “I don’t think this person of color lives in my neighborhood.”

“The idea came to us while out on the campaign trail,” said Werthe. “It contains elements of our real-world experiences as well,” continued Driscoll, “we figured this would be a good way for us to showcase our ideas for helping our fellow SCV residents.”

“Santa Clarita Vice,” will feature a weekly whodunnit, with a new nemesis and mystery to solve each week. The pilot episode features the current council members and their effort to thwart the building of affordable housing in Santa Clarita. Kelvin and Chris use their public service experience to stymie the council’s efforts.