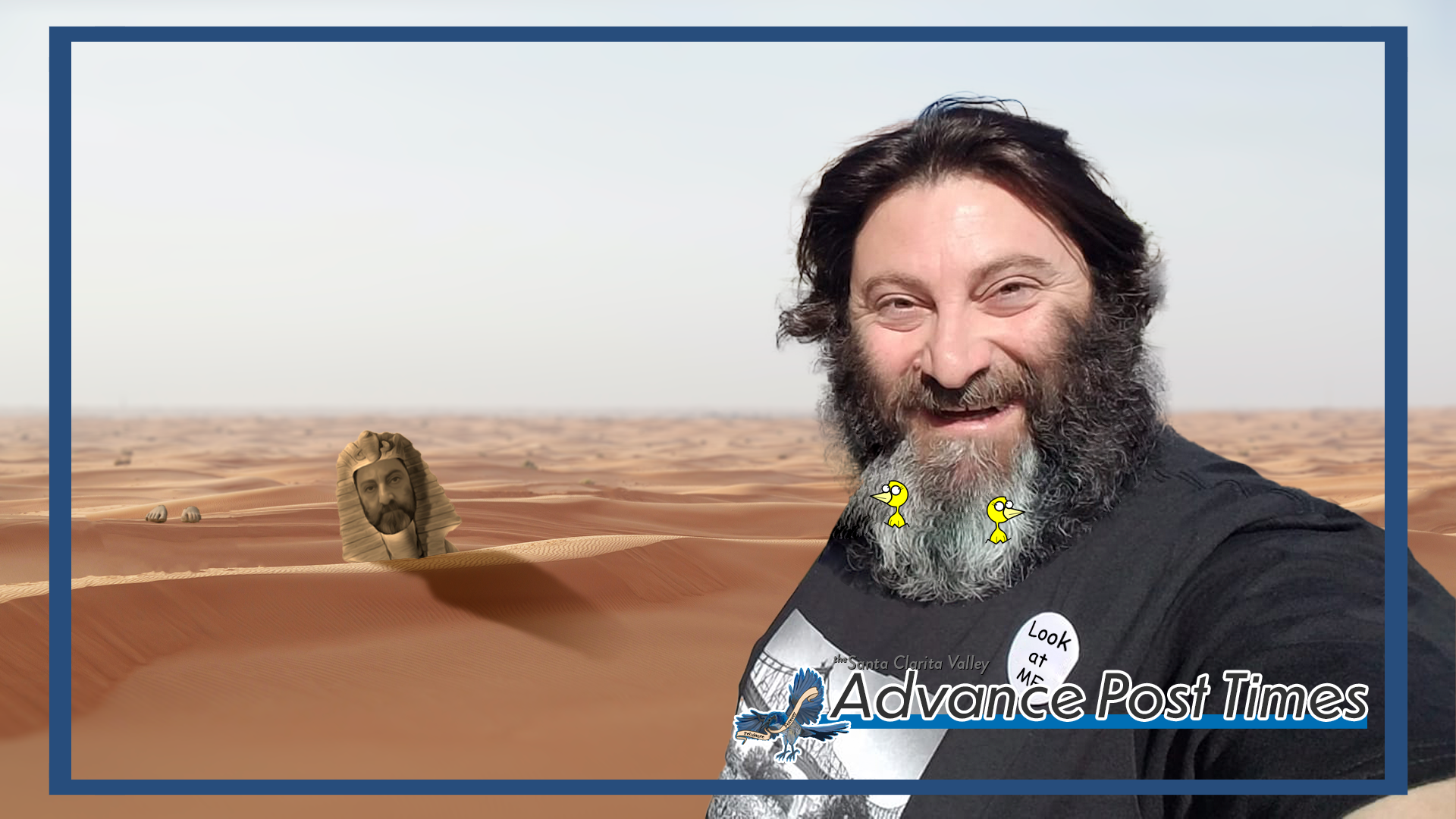 Ed. Note: David Barlavi sexually assaulted multiple women, mercilessly mocked, bullied, and harassed survivors of sexual assault, and threatened legal action when reprimanded for the behavior. Despite being well documented, Barlavi continues to deny the behavior or claim it was “just a joke,” or claim that it is some coordinated attack because of his [insert his belief du jour here].

Santa Clarita – Saugus School Board Member – and assembler of self-crucifixes – David Barlavi has announced his campaign for City Council. “My fellow Santa Claritonianites,” said Barlavi, peering from behind a stack of activism-codewords-du-jour, “it’s time for change in our fair city’s city council. For far too long have they gone without a Dave Barlavi, and I intend to change that. Each year the council makes two or three terrible mistakes. I could name them, but I won’t. They tarnish the city’s names in ways I shouldn’t be forced to describe. Furthermore, here is a list of issue buzzwords I remembered from several years ago that may or may not still be applicable: one, something about billboards. Two, homelessness. Three, look do I need to go on?” Barlavi went on to speak of the virtues he would signal from the dais.

The announcement and subsequent campaign come in the wake of locals finally seeing Barlavi for who he is and choosing to ignore him or simply block him on social media. A lack of engagement on Facebook has Barlavi searching for new ways to garner attention from people since his crusade to attack congressional candidates for manufactured and farcical slights has faltered. “I’ve been doing everything I can to keep the focus on me, but the spotlight keeps moving. It’s exhausting constantly researching new phrases to chant, new causes to get behind, and attacking people online because of my deep-rooted psychological issues where I seek attention whether it’s positive or negative. This past year of the pandemic has been a tough one, I haven’t been able to draw the glares of a crowd in a pizza place and that void has left me longing.”

Barlavi has taken up a new cause; decrying that “everyone hates Dave,” even going so far as to use it as a marketing tool for his campaign. Locals that we spoke to said the truth could not be further from his description, “I feel sorry for him. He is clearly lonely, unable to see that his actions to keep attention focused on himself have hurt innocent people, burned bridges, and led to his ostracization plus clear feelings of alienation. I hope he seeks professional help to work through the issues. Truly. No man should be an island, even if they’ve made themselves one. But a person can’t be helped if they are unable to help themselves.”

In his free time, Barlavi can be found preaching his gospel to the dwindling crowds not yet tired of his brand of shenanigans and gaslighting.

Ed. Note: If you or someone you love is struggling with mental health, please take the time to seek professional guidance. There is a cultural stigma attached to mental health issues, and oftentimes we add that societal pressure to our ongoing struggles rather than get the help we require. All of us have our times of need, and our support network may not be enough. It’s ok to seek help. The Los Angeles County Department of Mental Health has great resources for everyone and is an excellent place to start.