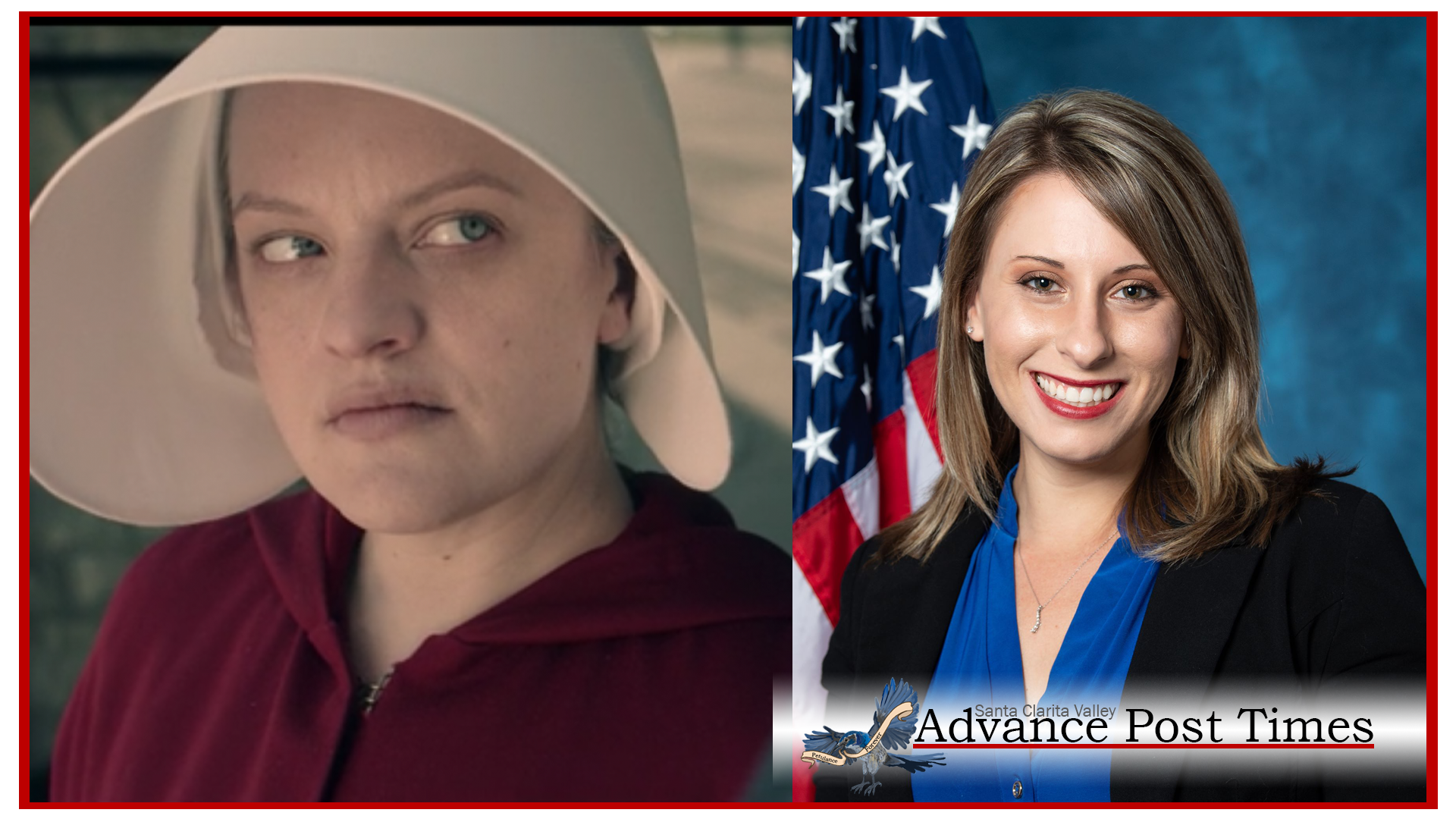 Hollywood, CA – Former 25th Congressional District Representative Katie Hill – having finally faded from national headlines – has resurfaced to announce that she is producing a prequel to “Handmaid’s Tale” tentatively titled “The Rise of the Republic of Gilead.” Elisabeth Moss is set to reprise her role as the main character, June Osborne. The series is set to follow the life of June Osborne prior to the events of Handmaid’s Tale, where she starts out life as “Katie Hill,” runs for Congress, and after a national controversy, is forced to resign and change her name.

“I think it’s important to show the nuance here, how this ‘Katie Hill’ character is both a victim and a perpetrator,” said Moss, “It’s a story about how a young woman rose to fight in a man’s world and bring equality to women everywhere. Her abuse of power and missteps ended up directly giving rise to a Totalitarian Patriarchal Theocracy. A remarkable story of how an imperfect woman, struggling with her mental health, and suffering at the hands of an abusive husband, in-turn exploits, harasses, and mistreats her subordinates – a trickle-down story of abuse if you will. Katie is both a hero and an anti-hero.”

“Without Katie Hill, there would be no Congressman Mike Garcia,” said a local activist on condition of anonymity, “She is directly responsible for him getting elected. Her refusal to fade from the limelight continues to hamper efforts in getting another woman elected to her former seat. While I sympathize with her story and all that she has gone through, I can’t help but feel she’s pinching her story for every dime and using the election news cycle to further that endeavor. The best thing for us – for the people she worked so hard to represent and serve – is for her to fade into obscurity and let us move on. Her shadow on the 25th congressional district is an unneeded distraction. We’re sorry for everything you experienced Katie, but it is time for you to let us heal.”

“The Rise of the Republic of Gilead” is set to start filming late next year, and will premiere on Hulu in 2022.